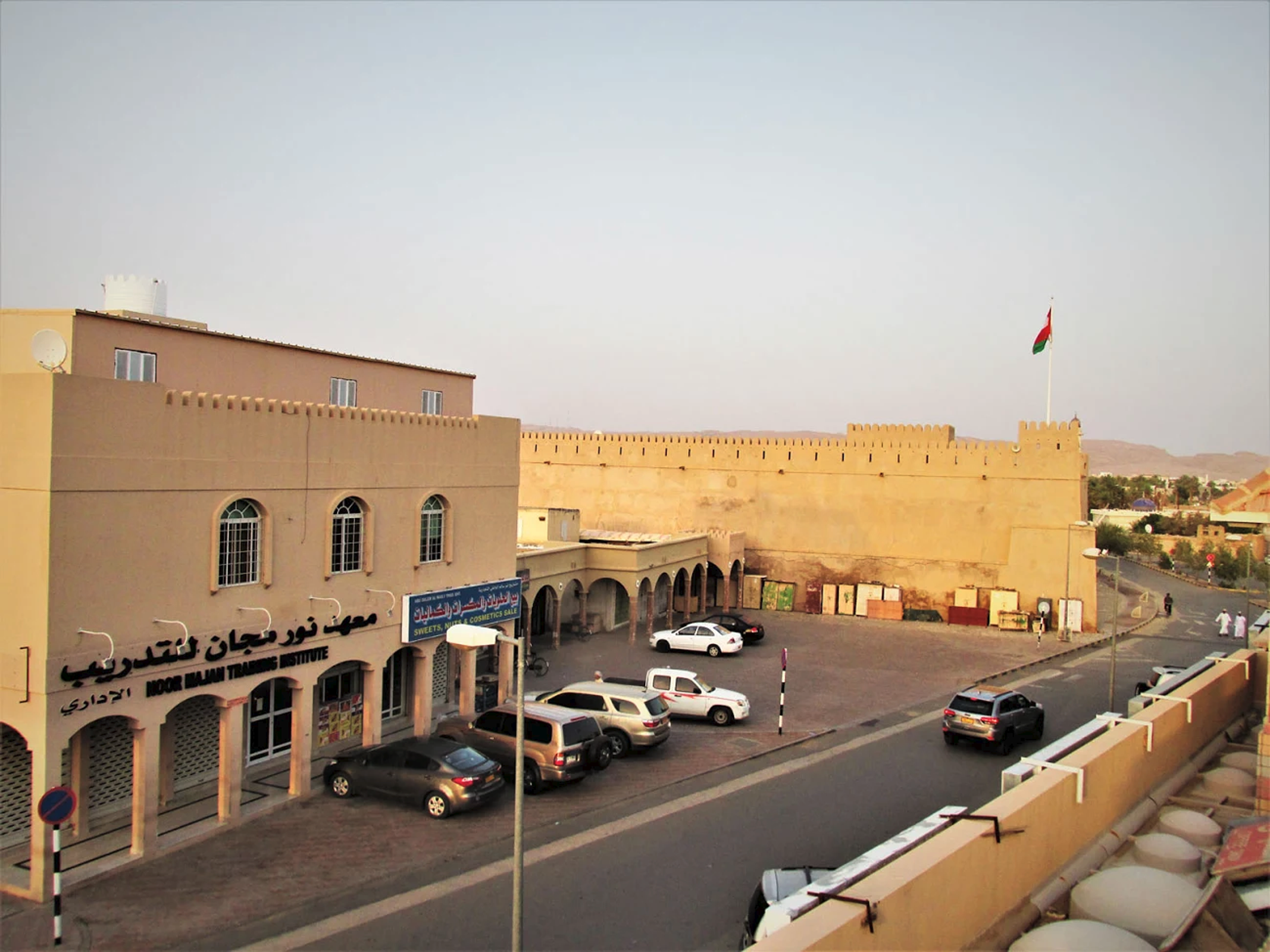 Noor Majan is the leading Arabic language institute in the Sultanate, crafting educationally rigorous Arabic language and cultural programs, equipping students of all backgrounds with the skills and confidence to engage with the Arab world.

Ibri sits at a crossroads of civilizations; it is here where the ancient society of Majan emerged and flourished. It is here where the legacy of Majan lives through our institute and our work. We are proud to have established our institute at this historic intersection of cultures and history, which is why we call ourselves Noor Majan. A name which reflects the dual identity of Oman: “Noor” or light in Arabic, symbolic of the knowledge and wisdom that was born out of the Arab/Islamic influence brought to the ancient land of Majan.

Our Passion is your Education

Since 2012 Noor Majan has been tirelessly evaluating its programs to meet the linguistic and cultural goals of its students. Noor Majan brings together years of experience in teaching Arabic as a foreign language and cultural education. We believe in providing a rigorous education while fostering the ideal environment for cultural learning.

Ibri is part of the Dhahira region in Oman and is also one of the sites of the country’s earliest human habitation. Today, Ibri has a population of over 100,000 and is also the regional capital. Ibri has long been a strategic crossroad between Oman and the other Gulf states as it lies in almost equal distance to Muscat, Dubai and Abu Dhabi (between 220 and 330 km). As well as between Nizwa in the Omani interior and Sohar on the Omani Gulf coast (both less than two hours drive from Ibri). Given its strategic location, Ibri has a long history as a trade route for caravans, hence its name which means “point of transit." Due to its proximity to the world's largest sand desert, appropriately named the “Empty Quarter,” Ibri has a desert climate with low humidity. During the winter months from November through March, Ibri enjoys relatively cool weather with temperatures ranging between 18 and 30 degree Celsius (low 60s to mid-80s, Fahrenheit), which at times can even drop to a relatively ‘chilly’ 10 degrees. There might be some rainfall in February and March, however, during the season when the dates are harvested, from May to September, temperatures can reach 30 to 50 degrees with very little rainfall, thus almost everywhere you go you will find air conditioning. Ibri boasts many historical sites, most prominent among them is the 400-year old Ibri fort and its famous gates are known as “Sabahat,” located right beside the well-preserved old suq of Ibri. Inside the fort, there is an old mosque which is still in use today. Amongst the most prominent archaeological sites in and near Ibri is the UNESCO World Heritage site of Bat with its pre historic beehive tombs. Ibri’s souq is one of the largest and most prominent souqs both for the Dhahira region and historically for Oman; it once served as an important hub for the trading caravans of the past. Today it is still lively and animated throughout the week with local produce, ready-made goods and livestock being bought and sold daily; while also surrounded by some beautiful, traditional Arabic-Islamic architecture. Please note that Oman is a conservative society where the consumption of alcohol, smoking in public, dating, immodest dress and behavior, and excessive contact between the genders are not socially acceptable. Thus, we recommend and advise that students respect Oman's cultural norms to have a successful study at Noor Majan. Program Dates and Prices **A contact hour at Noor Majan is 50 min Note 1: Periods of stay can be booked flexibly for a minimum of 2 weeks or longer. We also offer semester courses, academic year programs, intensive summer courses, and J-term courses at special conditions, please contact us for details and prices. Note 2: Tuition fees start at 200 OMR/week (approx. 520 $), accompanying services such as accommodation and excursions need to be booked as a package. Note 3: The semester at Noor Majan Arabic

Noor Majan is committed to building partnerships with similar educational institutions with the goal of mutual capacity building and increased professionalism in the field of international education. Which is why Noor Majan is a member of the Forum on Education Abroad and has developed collaborative partnerships with the Arab American Language Institute in Morocco (AALIM) and the Al Amana Centre in Muscat, Oman. In addition to these partnerships, Noor Majan is honored to be a host institution for the U.S. Department of State’s Critical Language Scholarship (CLS) Program. Al Amana Centre & Noor Majan Who is the Al Amana Centre? Located near the historic Mutrah Souq in Muscat, Al Amana Centre has been an integral part of Oman's modern developmental history, and is now at the forefront of Christian-Muslim dialogue and relations. Al Amana Centre's work is rooted in a legacy of over 120 years of interfaith cooperation. In 1893, members of the Reformed Church in America (RCA), with the blessing of Sultan Qaboos, arrived in Muscat to serve the people of Oman. With the help of Omanis, the RCA began a program of medical and educational development. Following the nationalization of Oman’s medical and educational sectors in the 1970s, a new vision emerged in response to the challenges of a world in which tensions between Christians and Muslims were on the rise. The Reformed Church in America encouraged the creation of an ecumenical center to work on building bridges of understanding and cooperation between Muslims and Christians. Al Amana was created out of this idea and now works with religious, educational, civic, and government leaders of Oman to develop programs in Christian-Muslim dialogue and relations. Collaboration: Noor Majan & Al Amana Center Al Amana Centre and Noor Majan believe that increased engagement through language and culture leads to mutual understanding and respect. This belief allowed the two organizations to collaborate and form a unique program focused on intensive language studies and inter-faith dialogue . Students participating in this program through the Al Amana Centre take six weeks of an intensive Arabic language course at Noor Majan in Ibri and then move on to Muscat for the rest of the semester, focusing on Muslim-Christian relations. The six-week Arabic intensive course is necessary to give students the confidence and ability to effectively engage in interfaith dialogue, and it provides a strong cultural background. The stark contrasts of Ibri and Muscat also gives students a unique insight to the diversity of Oman and its people. Noor Majan is honored to have partnered with Al Amana Centre in this regard, and is committed to fostering understanding through education and language. For more information on this program and the Al Amana Centre please visit www.alamanacentre.org. Noor Majan and AALIM: The Rihla Program The geographical immensity of the Arabic speaking world poses challenges for students who wish to gain sufficient exposure to various dialects of Arabic and the cultural diversity of the Arab world. To

Sultan Al Farsi Institute Director To person detail Sultan holds a master’s in Arabic and German as a Foreign Language from the University of Leipzig; this has given him a solid theoretical basis in contemporary didactics of foreign languages and initially exposed him to international language teaching. Sultan has extensive managerial experience in Arabic language development; he has held directorial positions at internationally recognized institutes such as the World Learning Oman Center in Muscat; where he developed and implemented Arabic language programs. He was responsible for the SIT Study Abroad program, the Critical Language Scholarship Arabic Program in Oman (CLS) and the Diwan-funded Salaam program to name a few; as well as developing many customized courses for various other organizations. Hussein Al Farsi Language Director To person detail Hussein is Noor Majan Training Institute’s Director of Arabic Programs; he holds a master’s degree in Teaching Arabic from the University of Nizwa and is currently pursuing his Ph.D. on the implementation and usage of classical Arabic poetry in the AFL classroom. He has been with the Omani Ministry of Education for over ten years, first as an Arabic teacher and then as an inspector of all Arabic teachers in the district; he is now a consultant for the Government on their Arabic faculties. He has taught Arabic courses to the highest International levels and worked with programs such as Critical Language Scholarship "CLS," USA and Salam program in Muscat, Nizwa, and Salalah. His experiences in teaching Arabic to both International and Omani students and expertise in Arabic grammar, rhetoric and classic poetry inspired him to bring the idea of high-quality Arabic teaching to his home region of Ibri. Here he felt he could combine his teaching methodology and philosophy with an authentic Arabic environment conducive to Arabic practice on a daily basis. Ibri staff Dr. Saif Al Azri Arabic Instructor To person detail Saif is one of our most dedicated and talented teachers. With a PhD in the techniques of teaching the Arabic language, he uses modern teaching techniques and authentic source materials to empower students to attain their highest potential in Arabic. His classes are challenging while supportive and let you develop all language skills. Saif is also always ready to discuss any current topic that ignites your interest – in Arabic of course! Yusuf Al Jasasi Arabic Instructor To person detail Youssef is a dedicated teacher with almost 30 years’ experience in foreign-language teaching. He holds a Master’s degree in TESOL and works as a consultant with the Omani Ministry of Education, whose employees know they can rely on his ability to design and implement successful courses that cater to the specific needs of various groups regardless of the members’ ages and prior qualifications. Youssef is also a great team player who advises and assists other colleagues. After having provided host-family accommodation for several of NMTI’s international students, he decided to expand the

Who we are? (About Noor Majan)

What is it like to study Arabic in Oman?

Noor Majan at a Glance 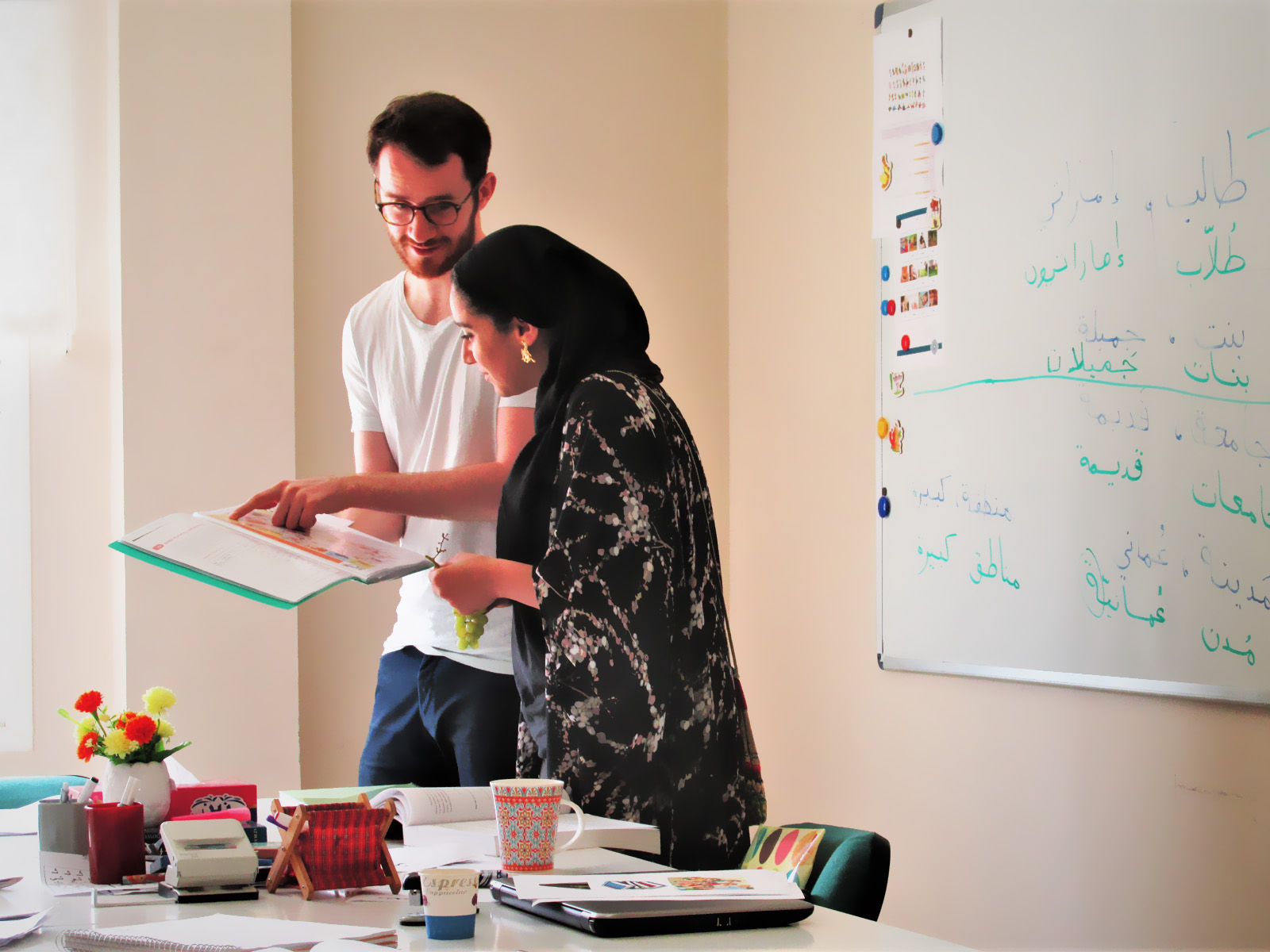 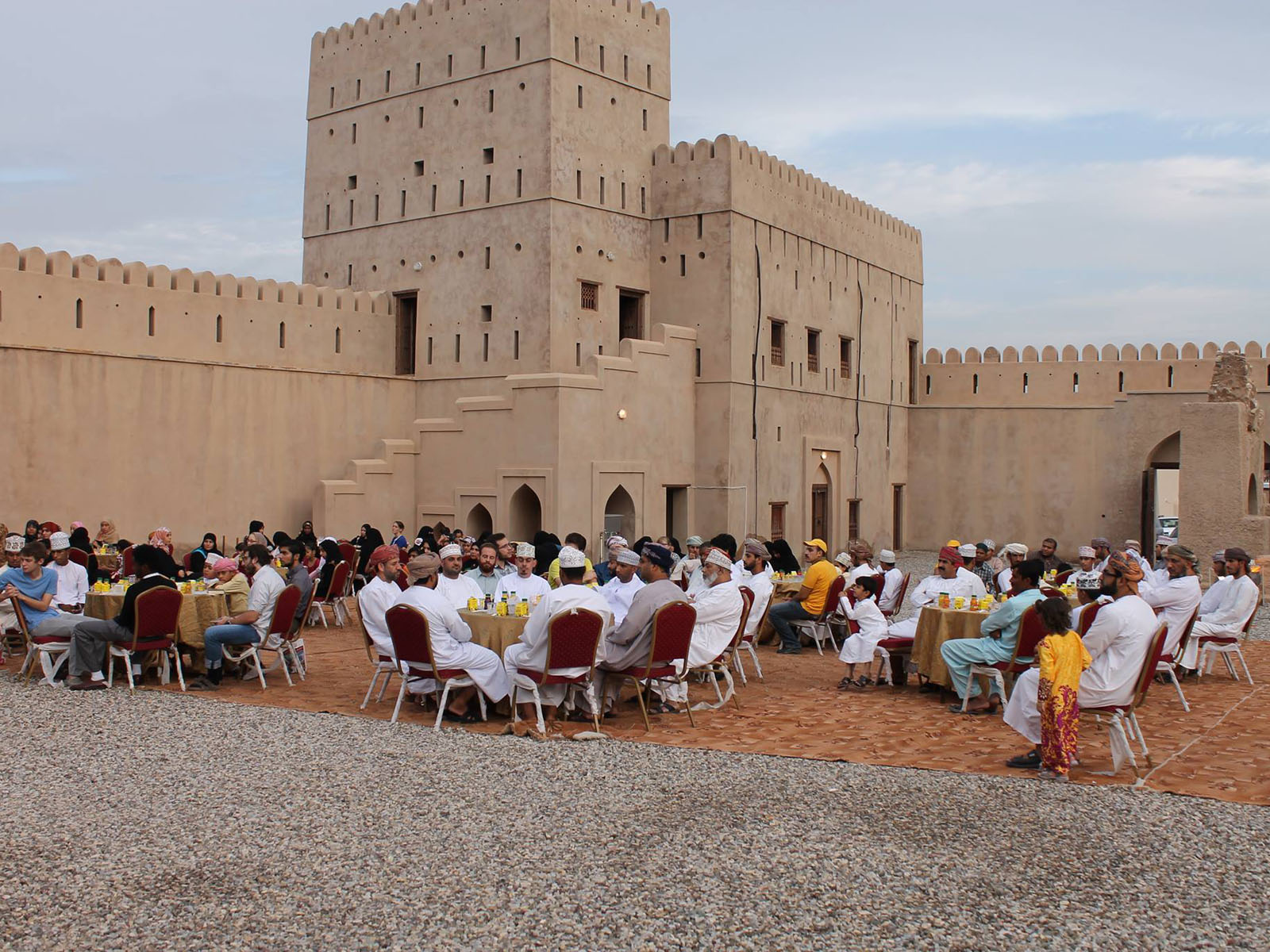 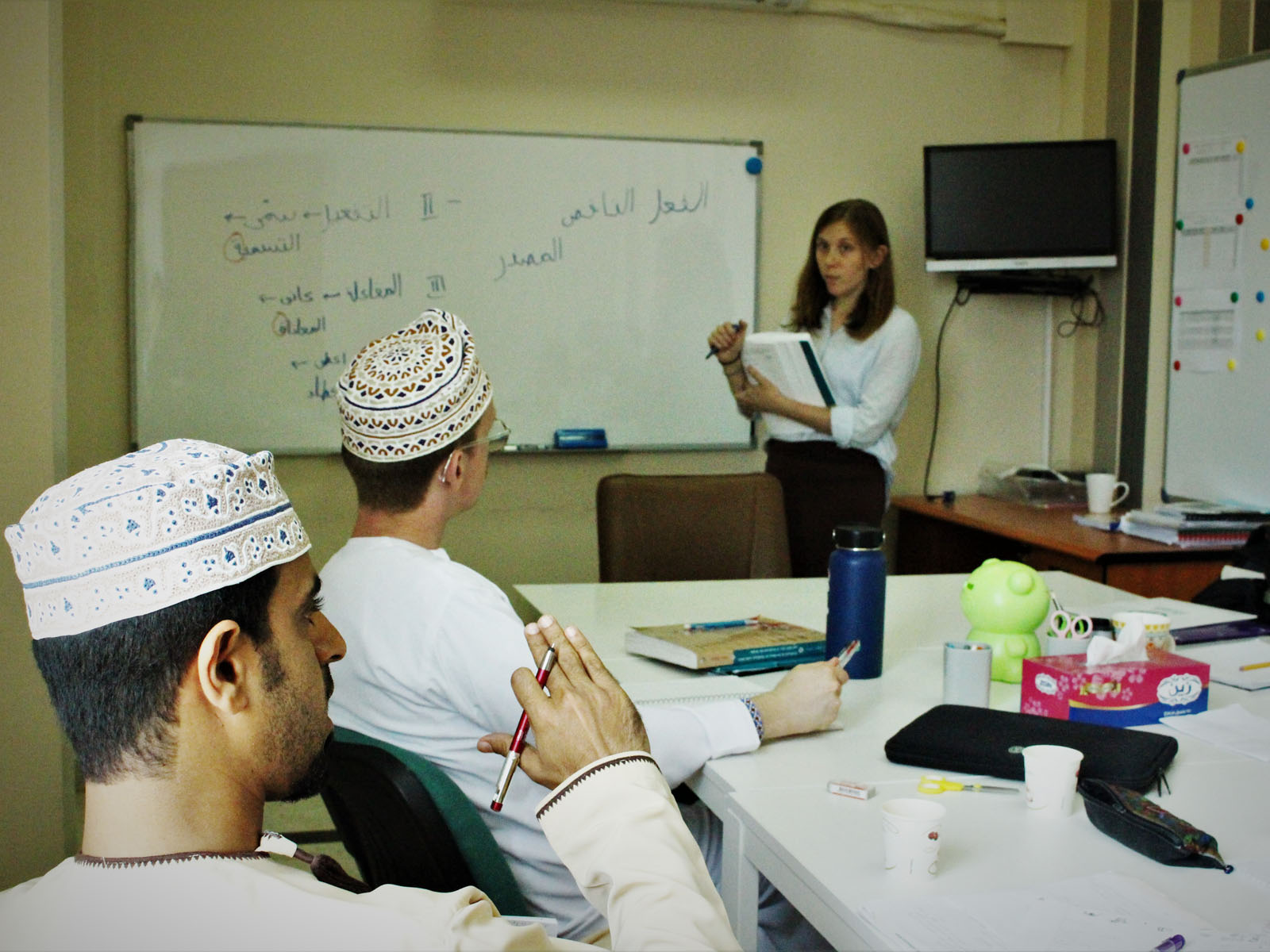 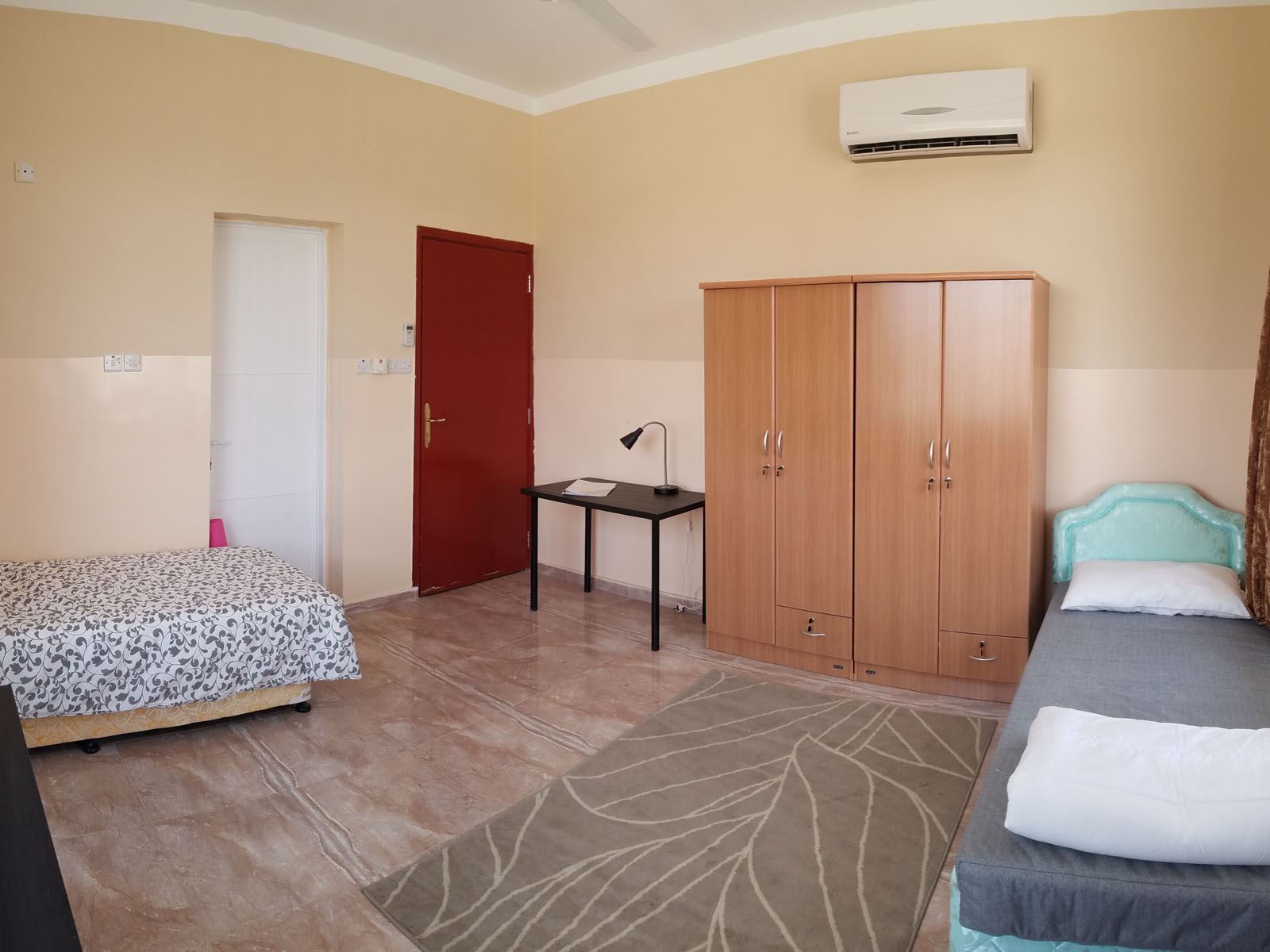 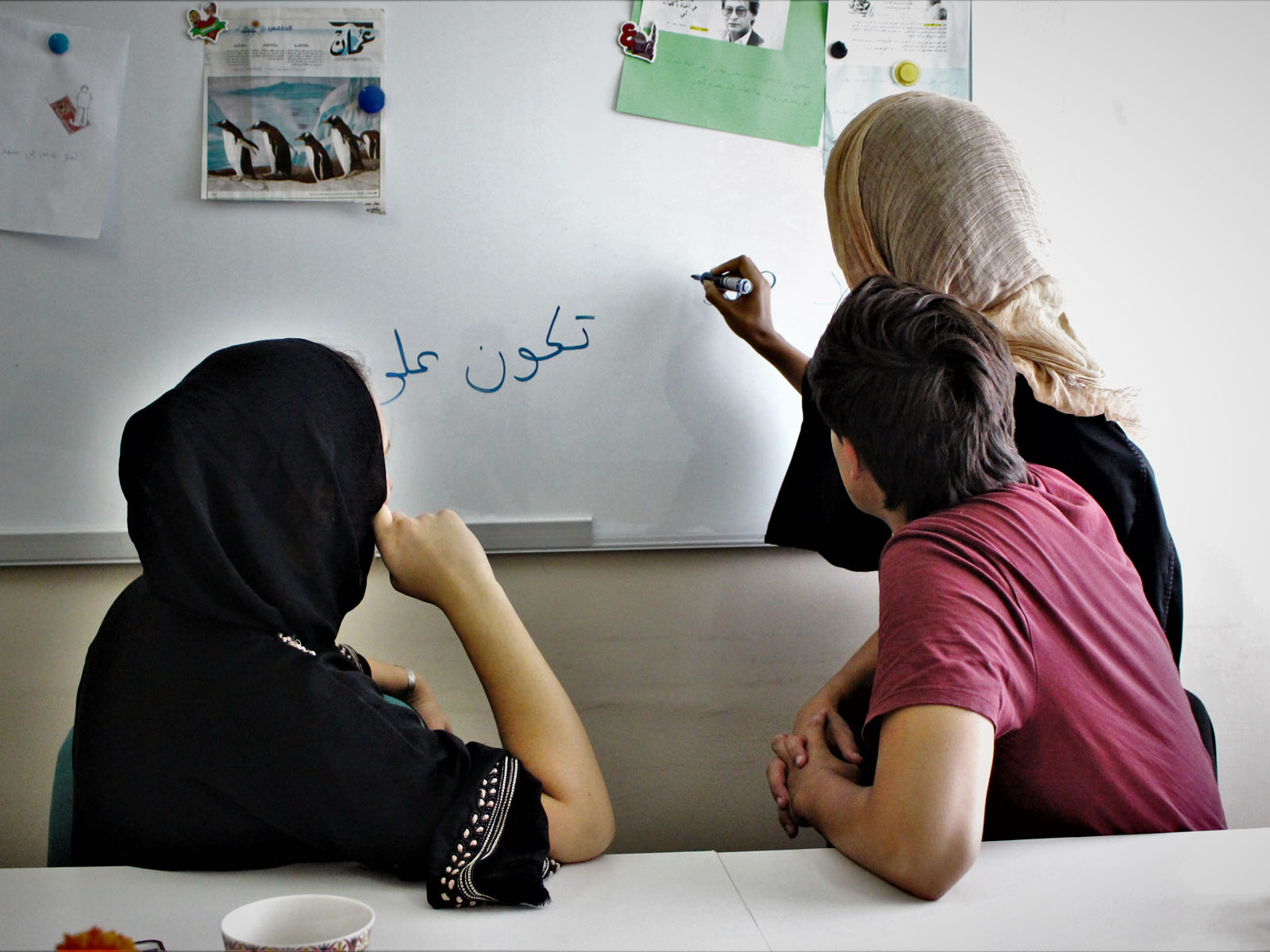 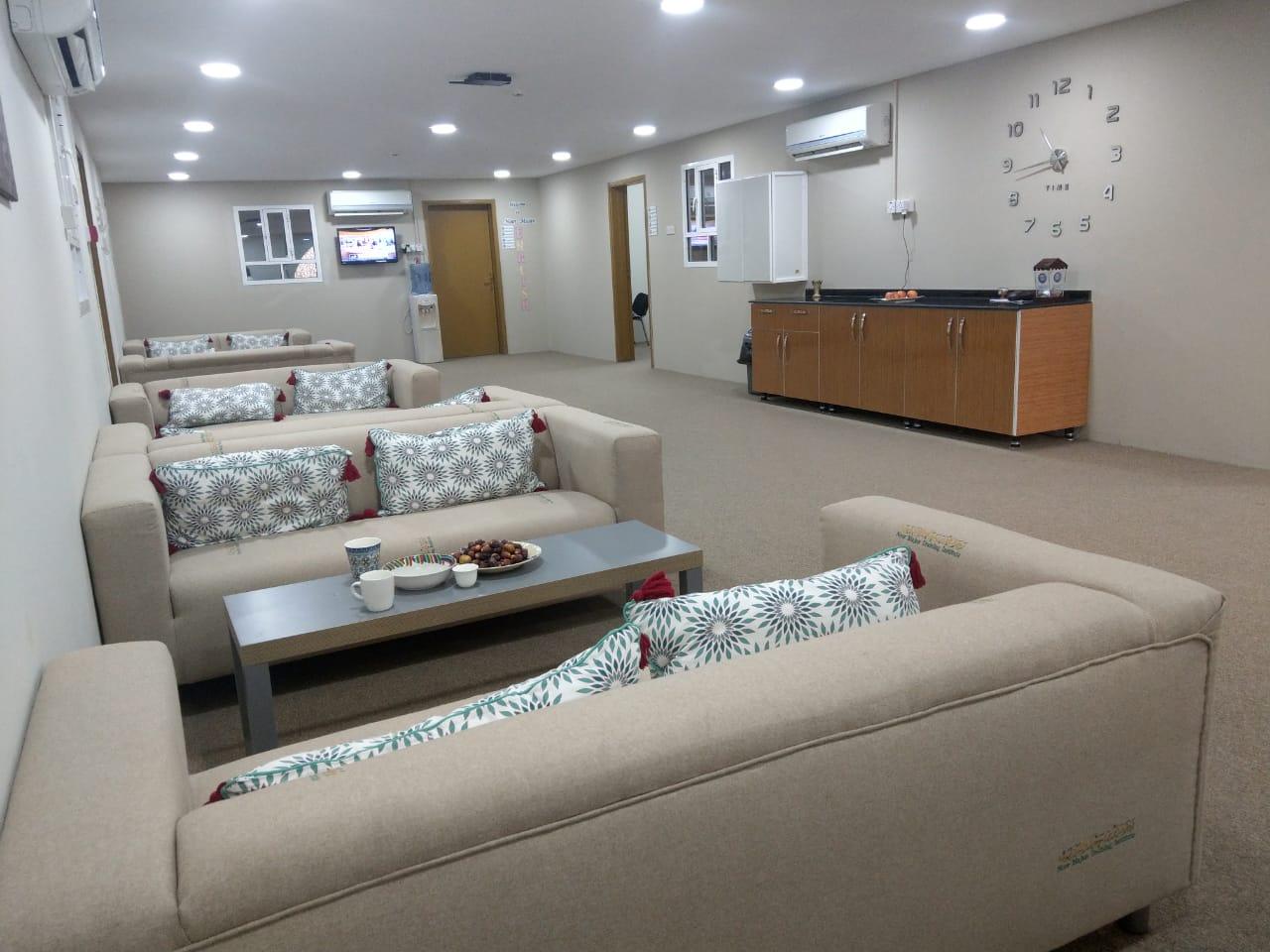 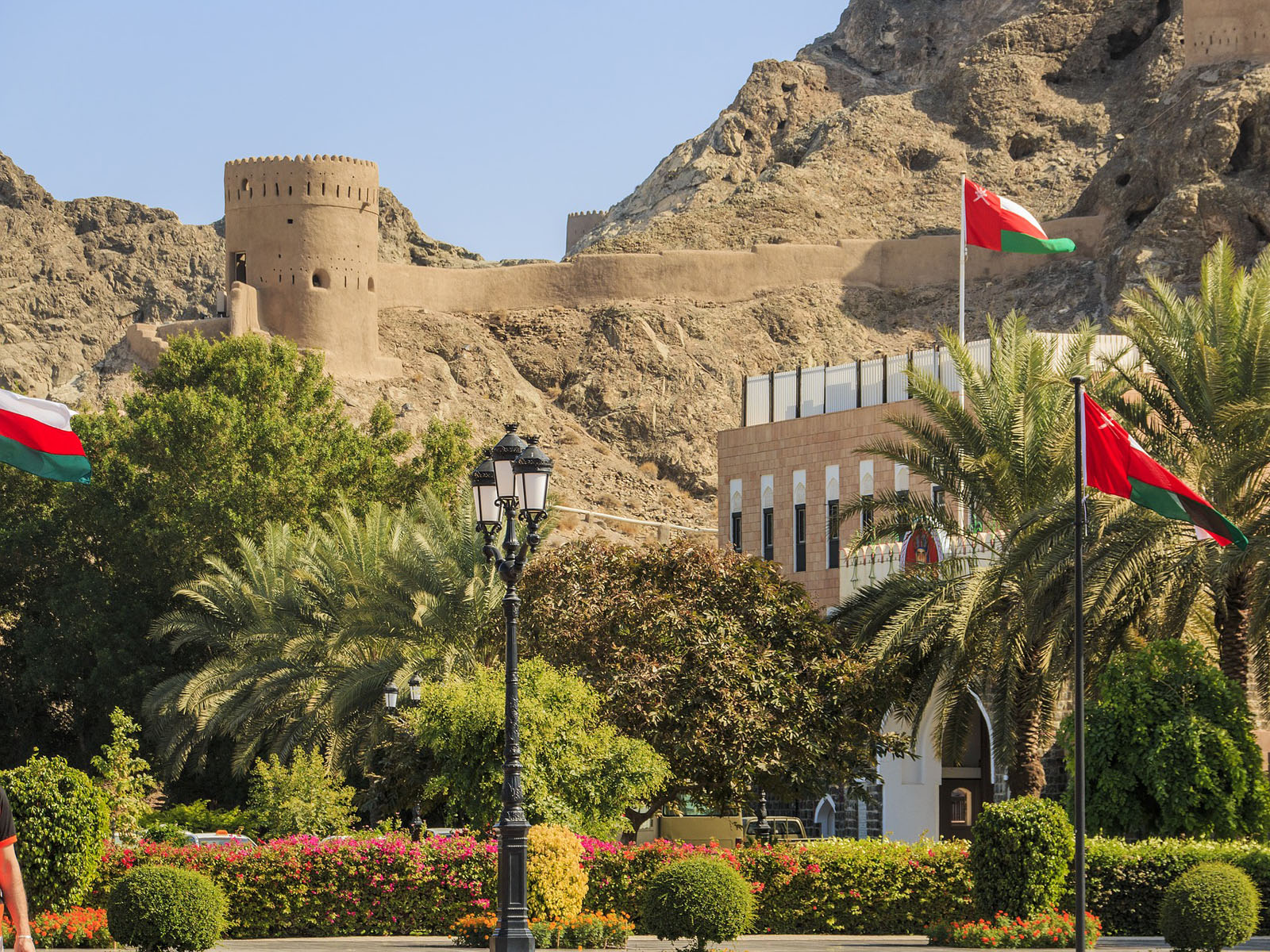 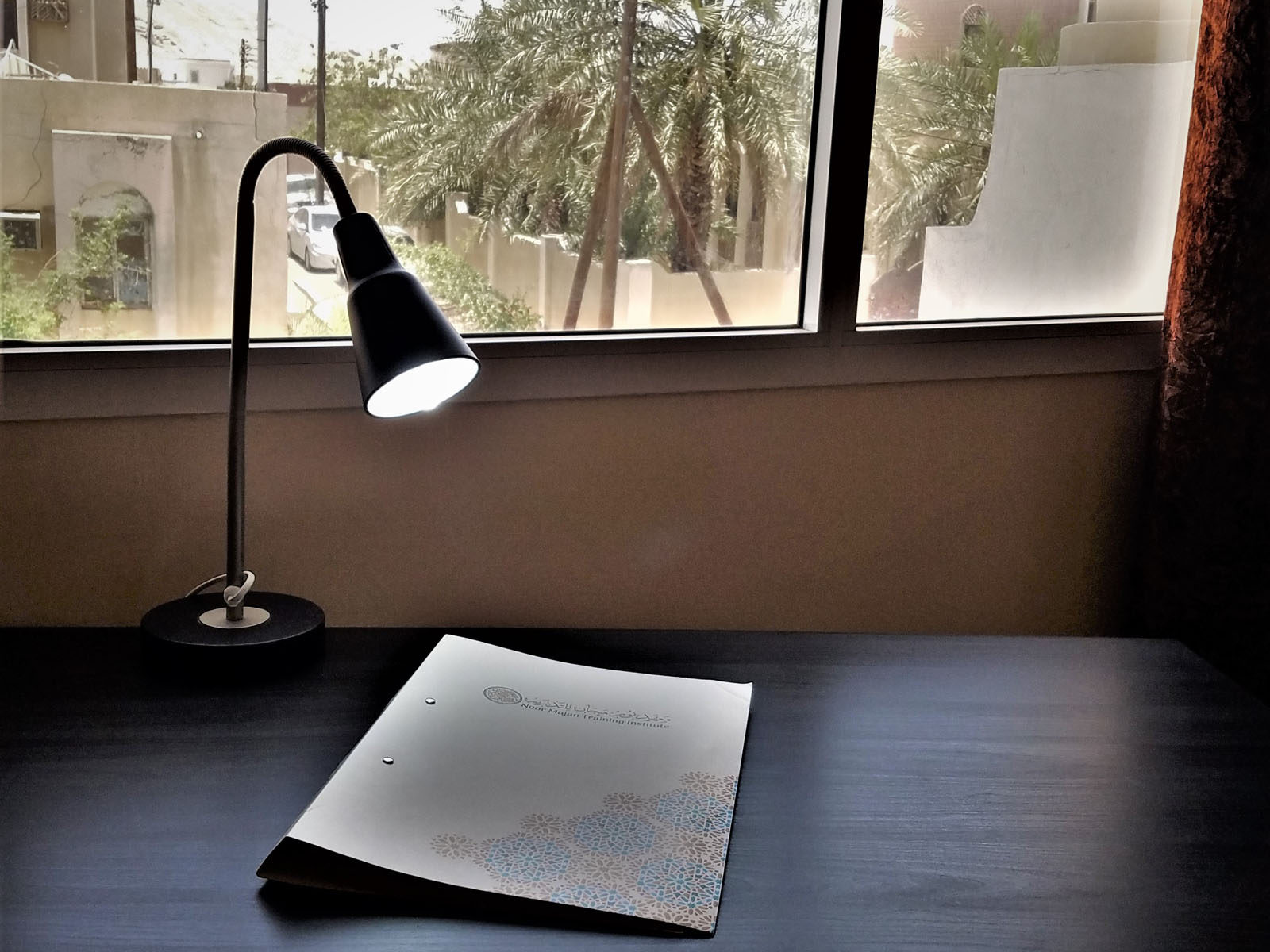 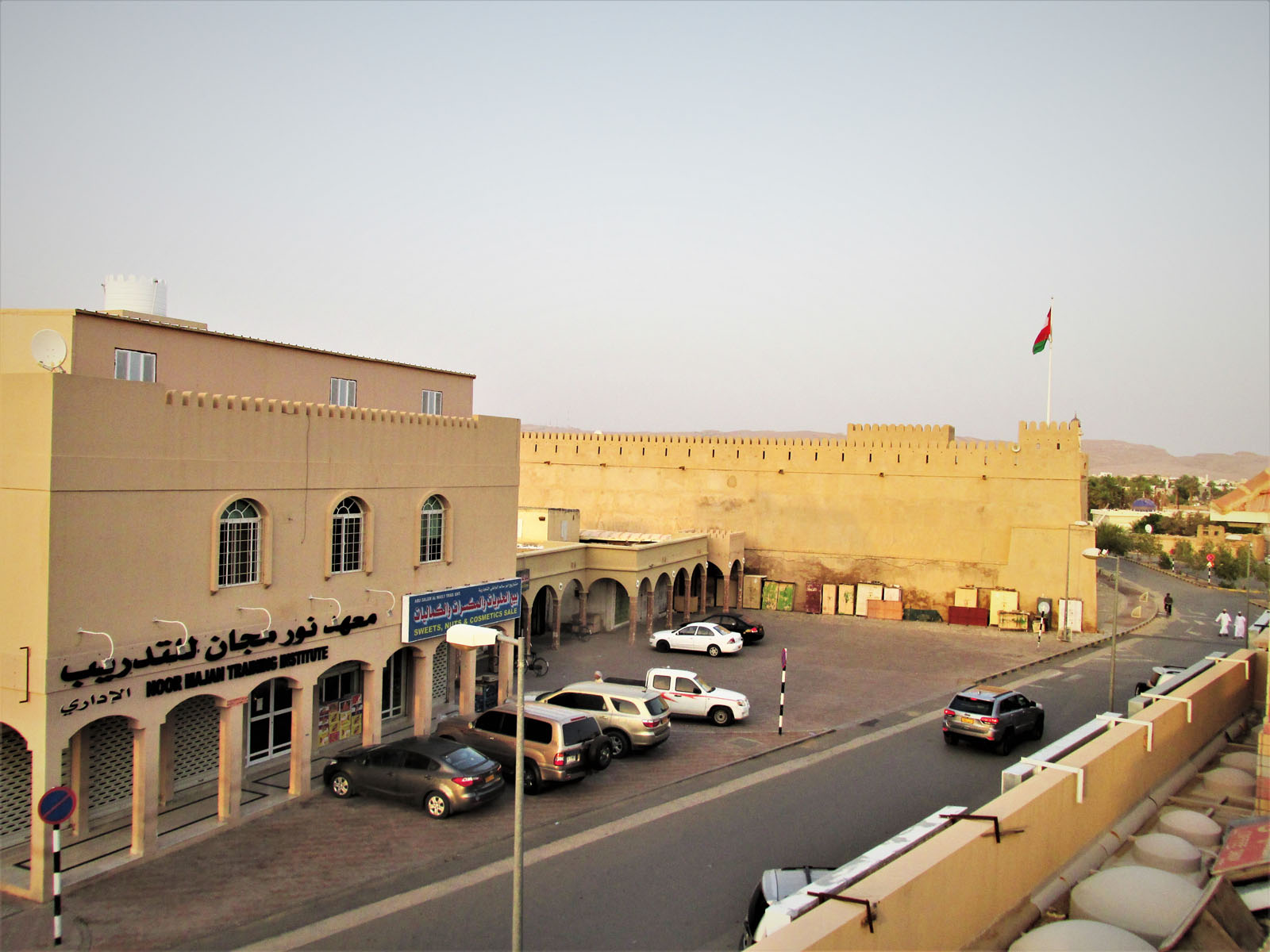 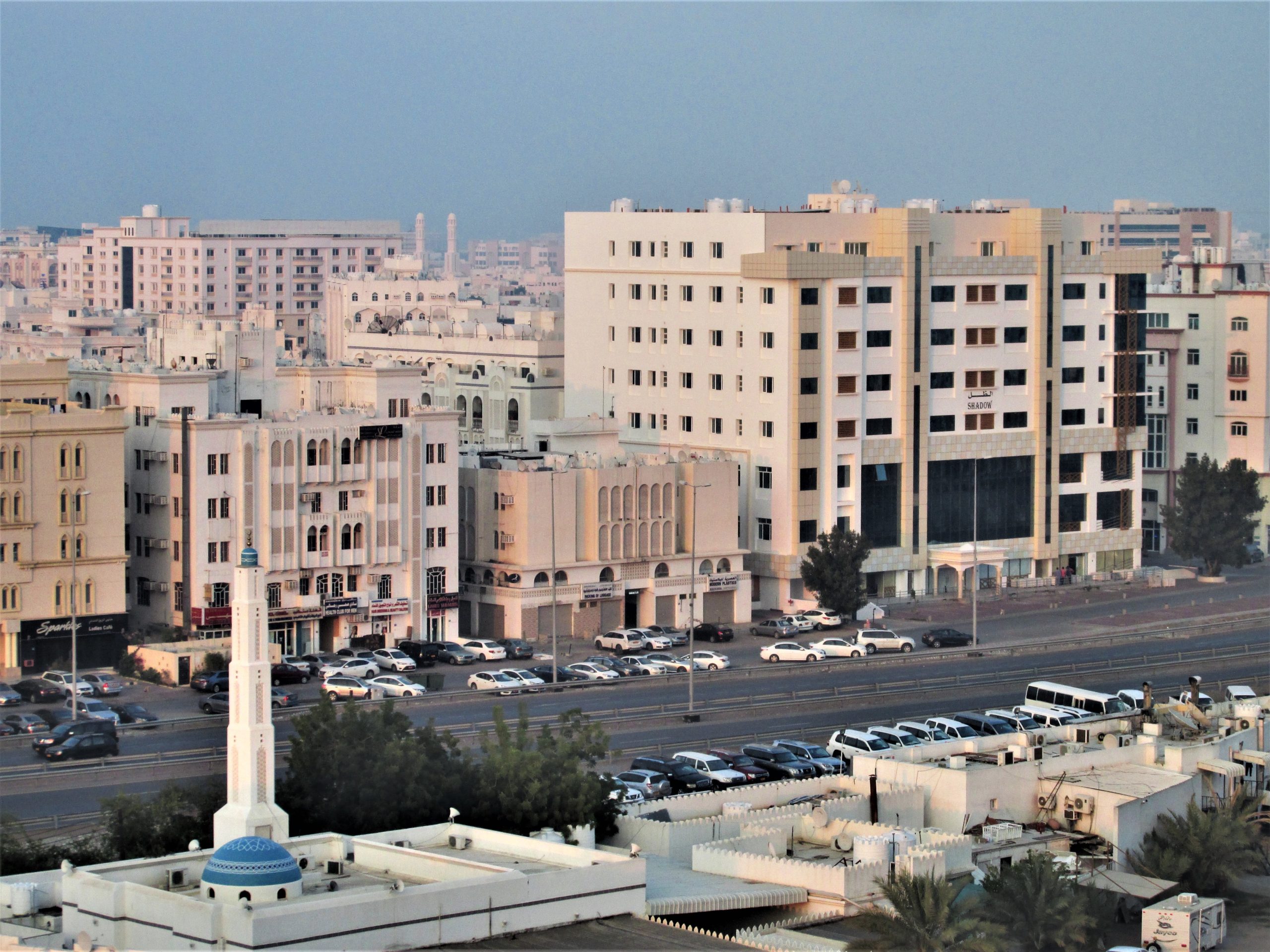 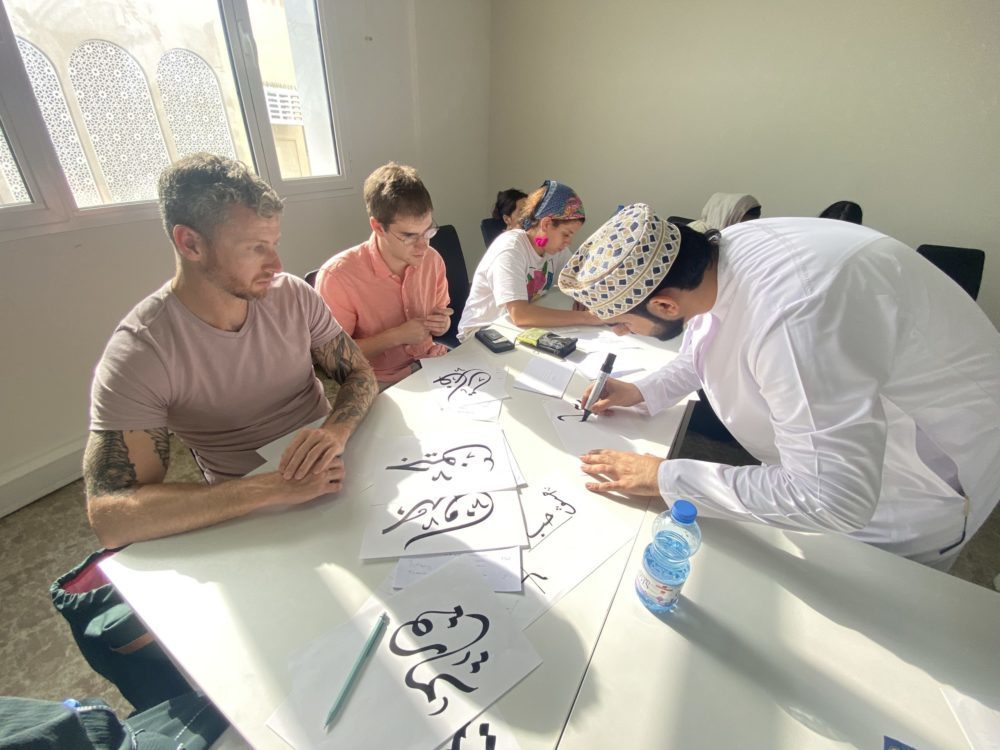 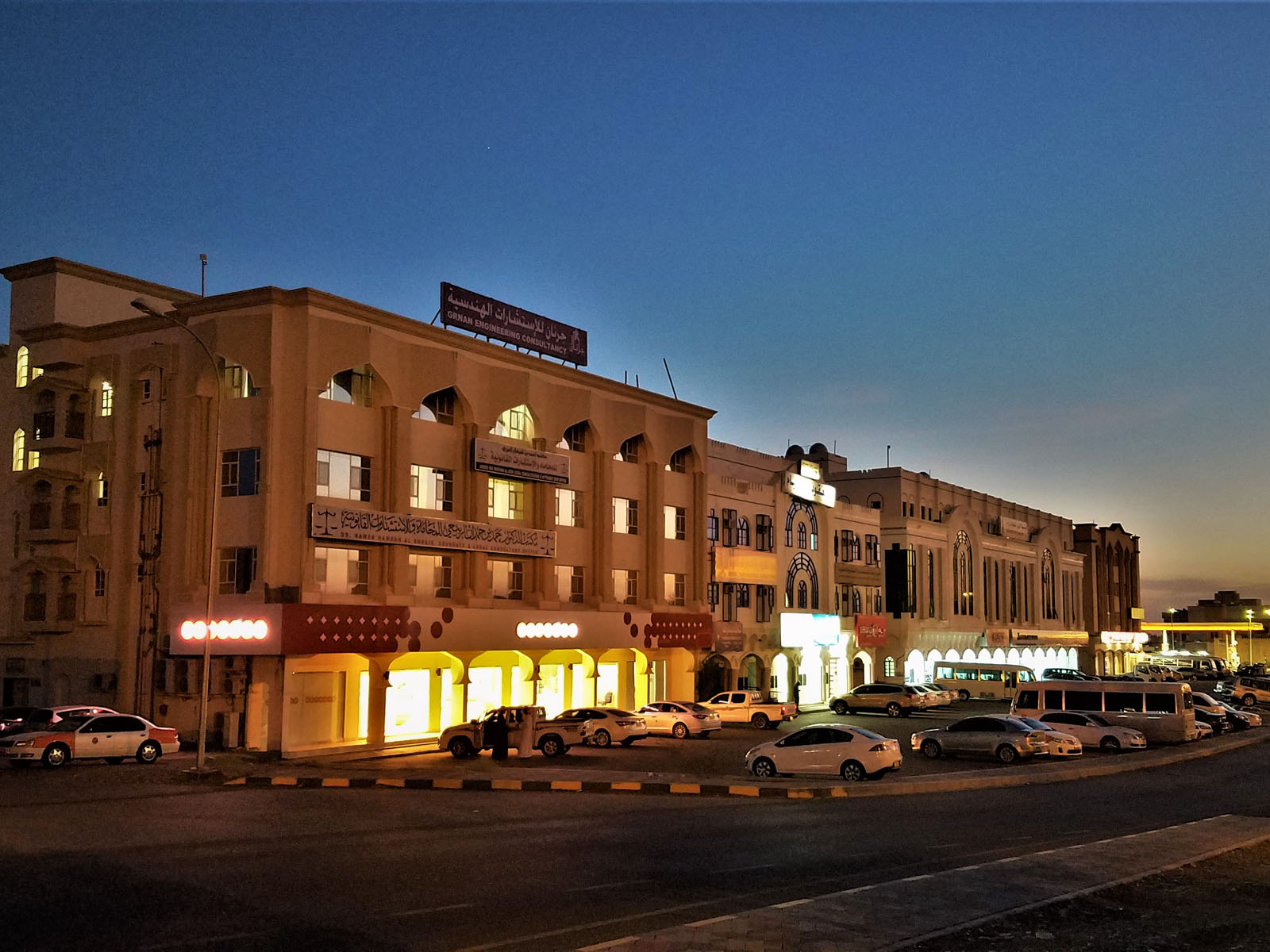 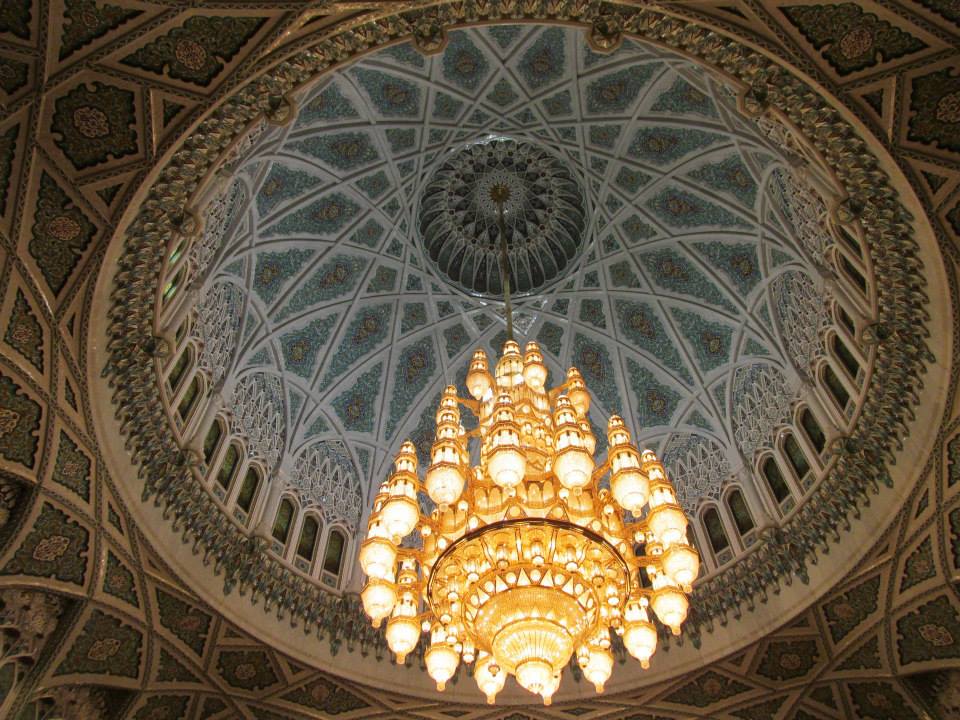